WOW…what a week it’s been so far! We made history in multiple ways. We will continue to do so in the days to come.
As Americans, we have the freedom to express our opinions and engage in discussion when we have a different point of view.

Where else but in America could I, a woman of Hispanic and Jewish discent, pour my thoughts out onto this blog then broadcast them to any number of the millions of others out there in cyberspace? My greatgrandmother Lily was denied the opportunity to read or write when she grew up in Europe. It was useless to educate a female…let alone a Jewish girl. Oh my…how far our bloodline has flowed with her arduous journey to America!
With all the current passionate disagreement, the one thing we can agree upon is that it is our US Armed Forces that protect that and all other freedoms for all Americans. 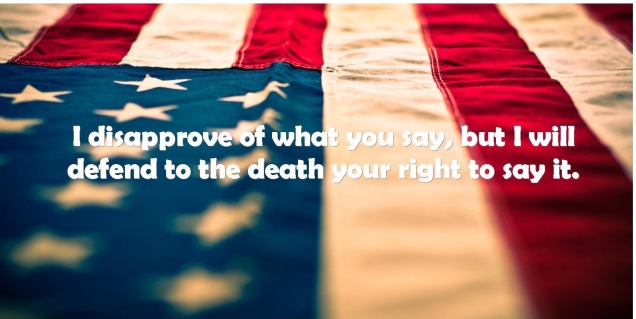 Today, please exercise your freedom of speech and thank a Veteran for his or her service.
God bless every soldier, sailor, marine and airman. GOD BLESS AMERICA!

I have been fortunate to know personally many people who proudly served in our nation’s military.  I give my humble gratitude to them all.  If not for these relatives and friends, I wouldn’t be able to sit here and freely share my thoughts with anyone and everyone who cares to read them on this blog.  Our freedom is something lifelong civilians like me often take for granted, but our military is willing to die for.  That is not something to be taken lightly.  Each and every one of the men, women and even canines who served should be honored today and every day.

The person I want to pay particular homage to today is my Grandpa Sam, my maternal grandmother’s father. He died the year I was born. I am glad that I had the opportunity to be held in his arms during my first three months of life. My grandmother told me it gave him great joy. I am sorry that I have no direct memory of him because through the stories I heard from my grandmother about him, he was someone special and someone that I feel I know through these stories.

Samuel Weisneivetsky (Grandpa Sam) was born in Kiev, the capital of the Ukraine, some time around the turn of the 19th to 20th century. Birth records stunk then, especially in Eastern Europe where it was extremely tumultuous. It was a hard life there. You could count on being covered with snow from November to March. But the physical climate was not the source of greatest adversity.

The Weisneivetsky family was Jewish. Jews were not well-liked throughout Europe. The rampant anti-semetism and acts of genocide by far predated the Third Reich and Hitler, which is what facilitated the Third Reich’s rise. But that is a history lesson for another time. For now, we are in Kiev, Ukraine in the late 1800’s to early 1900’s. Jews were relegated to living in ghettos and worshipping God in secret and in fear. There was no Hitler or Nazis or SS. There were Cossacks. They were the military presence in Grandpa Sam’s world. There weren’t concentration camps yet. There were Pogroms — planned riots directed against Jews characterized by killings and destruction of their homes, businesses and temples.

The military in Grandpa Sam’s world growing up were not there to preserve his and his family’s freedoms. The Cossacks came to town and destroyed. The Weisneivetsky family were furriers. They were also Orthodox Jews. One day during one of the Pogroms, Cossacks came into the family shop, robbed it of the furs, took the Weisneivetsky men and cut off their beards, which was a sacrilege. There was nobody to report this to for justice. The military was in charge and they were the ones perpetrating the acts. Similar stories were all over Europe. Grandpa Sam knew that there was a better life than this and heard that it could be found in America.

When Samuel Weisneivetsky arrived at Ellis Island, he became Samuel Weiss. It was easier to spell and pronounce and he thought it was more American. He was anxious to put Kiev behind him and start a brand new life. Immigrant life was difficult. There weren’t many jobs. None for him in the family’s furrier trade. But there were also no Pogroms here so he felt it was a good life doing odd jobs and having a modest apartment in Brooklyn. He was allowed to be a Jew and live anywhere he could afford. There were temples within blocks of churches. He could worship freely without worrying about a price to pay later if anyone saw him. The police were there for the good of all the members of the community. America was exactly what Grandpa Sam hoped it would be. Even though he was dirt poor, he was proud to be part of his new homeland.

Then came World War I. Grandpa Sam enlisted in the army. He would see Europe again but this was no longer his home. He was fighting with his new country for its ideals. America gave him a life he never could have had in Europe. He was free here. It was important that he be part of the preservation of this way of life. His children, grandchildren, great-grandchildren and on will never know the oppression he knew. Grandpa Sam was proud to wear the American Army uniform. The military stood for something so different in America than it did in Kiev. Wearing that uniform also gave him the opportunity to help liberate those who were like him in Europe and who did not have the good fortune to make it to America. He considered it an honor to serve and was proud that he could be an active part of the victory in The Great War.

When Grandpa Sam came home, he had a trade he learned in the Army; lithography. No more odd jobs. As it turned out, Grandpa Sam was a gifted lithographer. This was his profession until the Great Depression. Then the shops closed up. There were no jobs for a skilled laborer such as himself so it was back to doing odd jobs to support his family. These were difficult times indeed. But Grandpa Sam’s love of America never wavered. We were all in this together and the government was working on programs to get everyone back on their feet.

In 1941, the United States entered World War II. The Third Reich had risen and there were rumors too horrible for people to believe about what was happening to the Jews and other minority groups in Europe. Having lived through the Pogroms, Grandpa Sam found these rumors less difficult to believe. He wanted so much to go back and fight with the American Army as he did in World War I. If ever there was a just war, this was it. However, by 1941, Grandpa Sam was in his 40’s. Hardly ideal for a soldier. He resigned himself to supporting the war in other ways. But then a strange thing happened…Grandpa Sam got a draft notice.

The Army had a record of Grandpa Sam’s lithography training. They also realized how skilled he was at it. They needed someone of his skills and experience to print the maps the generals and soldiers would use to guide them through their battles. They had to be perfect. Lives were at stake. Winning these battles and eventually the war put our very freedom at stake.

Grandpa Sam said that it was his proudest moment to put on his uniform once again after being sought out by his country. This time he did not go to Europe. He served on Governor’s Island, jut off of New York City. My grandmother told me about the times she went to visit her daddy there, how much fun it was to shop at the PX and that they even had a movie theater there. She said that during her visits to Governor’s Island was the happiest she had ever seen her father. He stood tall and proud. And even though he was older than anyone else there, he was a soldier, fighting the good fight like everyone else.

Thank you Grandpa Sam for following your heart to a better life, for standing up and fighting for it and showing us that you can help battles to be won without picking up a gun. I am honored that you are part of me and my family.